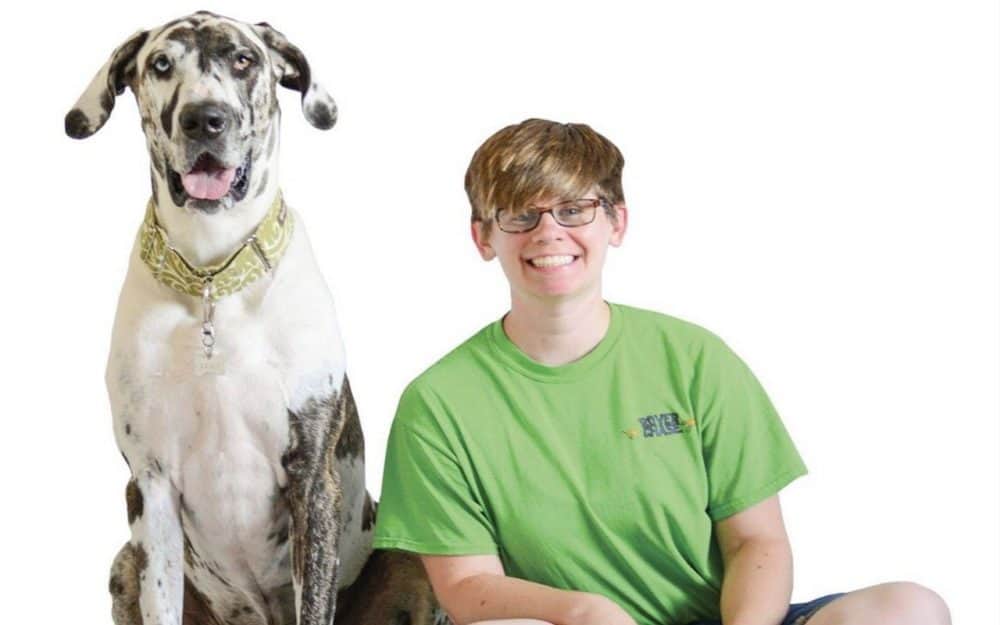 Megan Ramirez, KPA CTP, switched her professional focus from library science, in which she earned a master’s degree, to dog training because of her “heart” dog, Amadeus. Now older and arthritic with other health problems, Amadeus demonstrated aggressive tendencies beginning at nine months of age. Because of his fear-based and aggression behaviors, “no one could get near him,” according to Megan. With a training plan from a veterinary behaviorist and lots of hard work, Amadeus now meets new people and walks in public. After learning so much about training and behavior in order to provide a better life for the dog she loved, Megan changed careers and now helps other dogs like Amadeus, and their families, too. “I wouldn't be where I am today without Amadeus,” explains Megan. 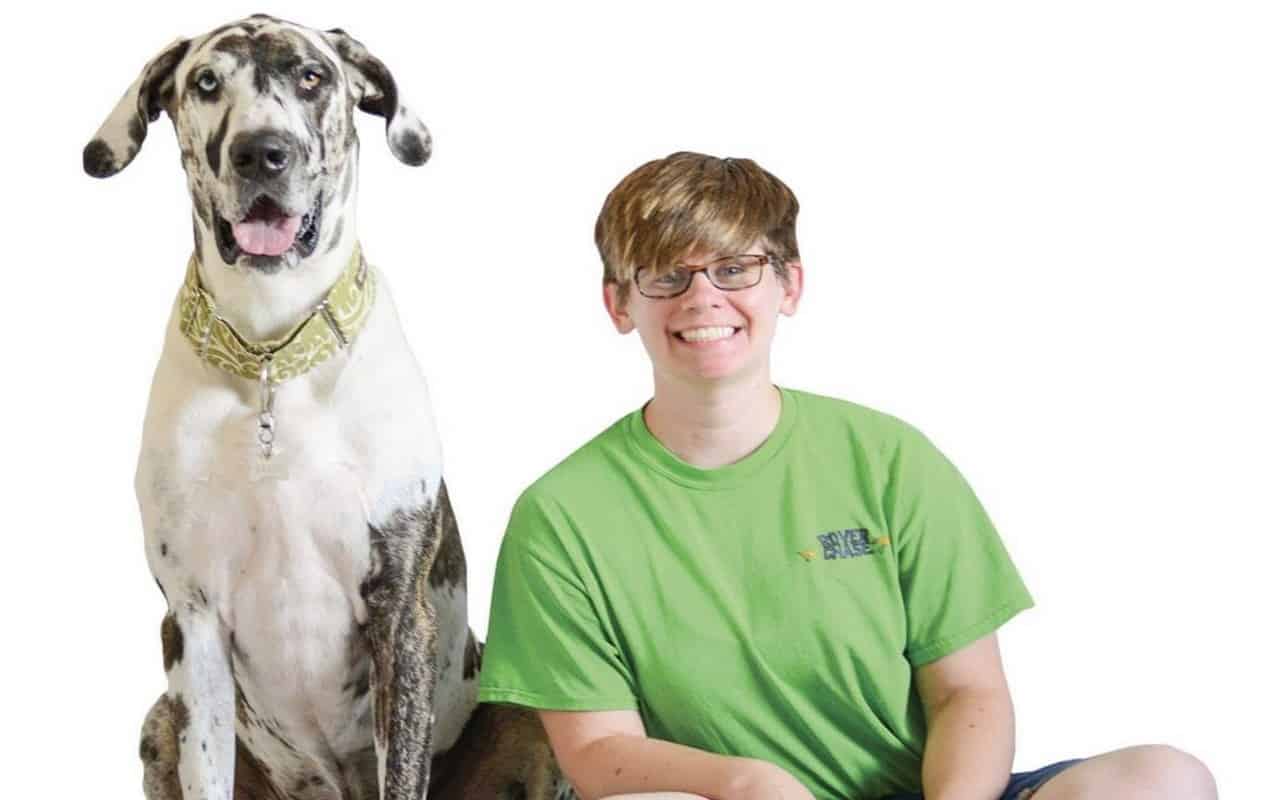 A relatively recent graduate of the KPA Dog Trainer Professional (DTP) program, completing the course in Nashville in May 2018, Megan attended her first ClickerExpo conference in 2017. There she met trainers who had completed the DTP program. “I was blown away by their knowledge and their skill sets,” remembers Megan. “I was impressed by how they approach training sessions.” Seeking that knowledge herself, she enrolled in the KPA DTP program to advance her career.

Learning about shaping and microshaping was one of the most illuminating aspects of the DTP program for Megan. Treat-placing skill was another useful highlight. Careful treat placement sets up the learner for success and readies him or her for the next repetition. “It was something I never considered before,” says Megan. “Because treat placement was such a new concept, it was also the most difficult concept for me. It challenged me to think carefully and ask myself, ‘Where would putting the treat best help this animal?’”

Shaping and microshaping have proven to be the most useful skills for Megan. “Microshaping is almost like seeing the bigger picture in reverse.” In this case, Megan had to learn to ask these questions: “What are the single movements involved in this behavior? How far can I break down the behavior?”

Megan works at Roverchase in Pelham, Alabama. Roverchase provides training, boarding, daycare, and grooming services. They also offer service dog training, with which Megan is very involved. “We have the largest service-dog program in the state,” reports Megan. Currently, there are five dogs in the service-dog program at Roverchase. “Because of the extensive knowledge I now have about shaping and microshaping, I can break down the skill sets and behaviors the service puppies need to learn into small chunks. I have the ability to make the chunks even smaller, if needed.” Through shaping, Megan has taught the service dogs skills like turning lights on and off, retrieving cans of soup and medicine bags, and even opening and closing the refrigerator door.

A newer interest for Megan is dog sports. “That’s the path I'm headed down now.” She is exploring many dog sports activities with her own pets. In addition to Amadeus, Megan’s household includes two other dogs, two cats—and her husband. Xaver, a Great Dane like Amadeus, was Megan’s dog as she completed the KPA Dog Trainer Professional program. Now, “Xaver does many low-stress handling demos, including at Auburn University Vet School and some vet clinics.” Megan and Xander are learning how to play flyball and have plans to participate in Rally. Megan’s dachshund, Weenie, competes in the national dachshund race circuit, with much success, reaching the regional and national competition levels. “Last year he placed second in his age group at regionals. We went on to nationals in Ohio where he also placed second in his age group,” Megan shares. Megan’s cats, Pavlov and Skinner, are also trained for low-stress handling demos and offer cute tricks.

Without her animals this time, Megan is training for her first triathlon. “Running is one of my least favorite things and I’m not very good at it. To help me become a better runner, I’ve had friends apply clicker training methods to shape me into proper running technique.” Some of Megan’s friends include DTP classmates. “I had some of the best classmates,” remembers Megan. These classmates, and other friends Megan has met through KPA, are from all over the country, some from the other side of the globe. “I have such a great network of friends, people who are always there to help me, with training or with something personal.” When Megan’s dachshund racer made it to the finals last year in Findlay, Ohio, a friend from KPA came out to the race to cheer them on. “I’m so happy that I have this network of friends and trainers in my life.”

I’m so happy that I have this network of friends and trainers in my life.

Megan continues to apply her lessons from KPA across all of her work at Roverchase—group classes, day training, and private lessons that range from puppy kindergarten and basic obedience to service-dog and behavior challenges. For the aggression cases she sees, Megan works closely with the state's only veterinary behaviorist.

Megan is interested in other KPA courses, including “the concept training courses (Concept Training: Let’s Get Started, Concept Training: Modifier Cues), Train Your Cat, and Dog Sports Essentials.” She continues to investigate the growing world of dog sports. She says, “I am obsessed with flyball and also want to get involved with rally, agility, and dock-diving.” For Megan and the animals she trains, the future looks positive.