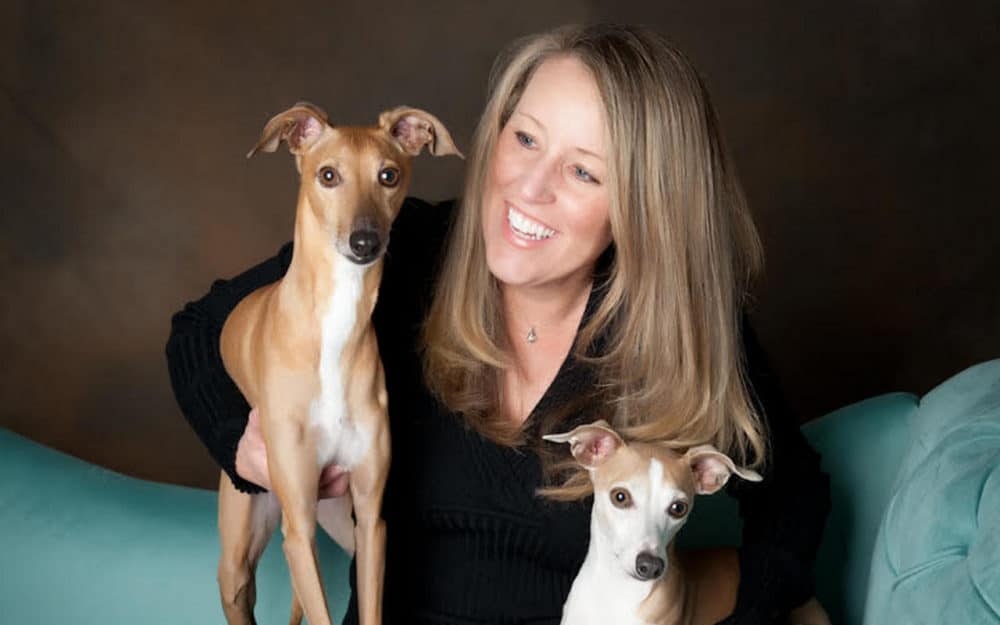 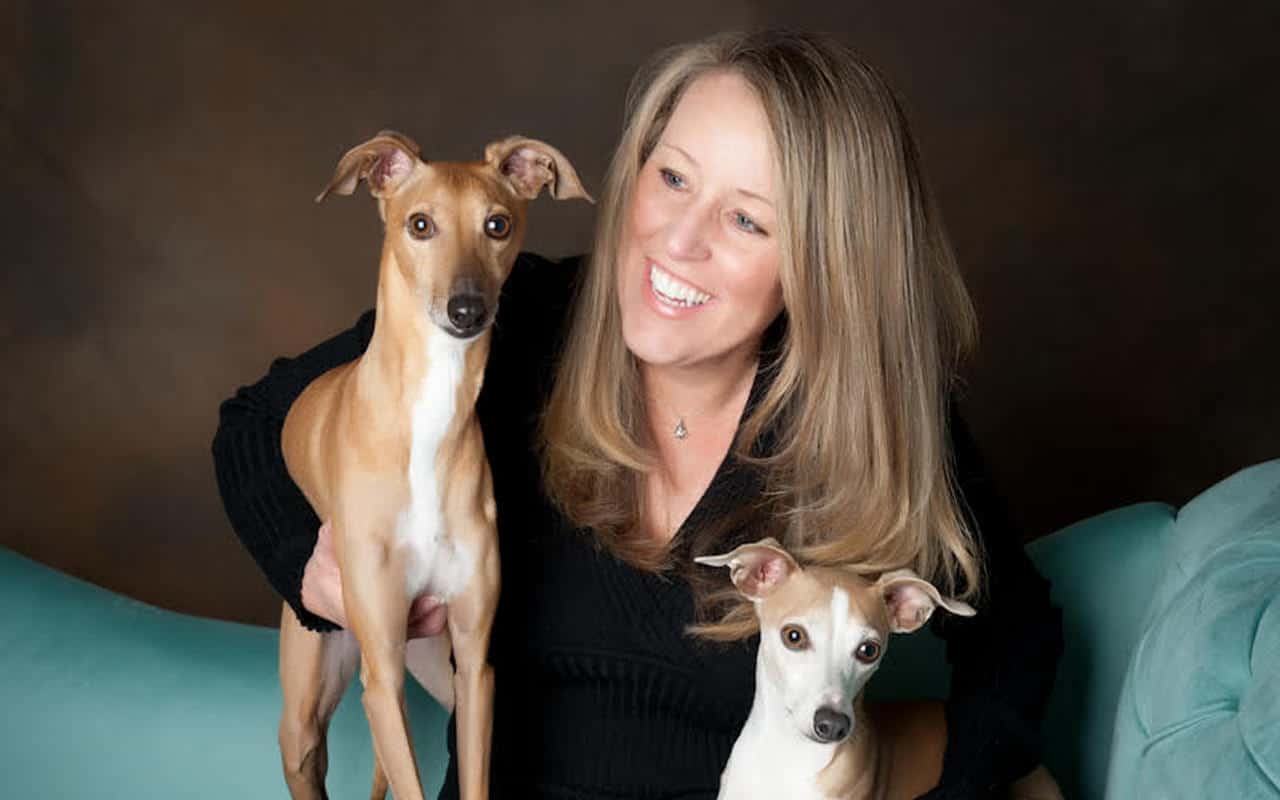 It was Sadie, Sherry’s reactive dog, that led to her discovery of clicker training and the Karen Pryor Academy (KPA) Dog Trainer Professional (DTP) course. Sadie was “out of control, barking, lunging, and redirecting (biting) my other dog on our walks,” Sherry remembers. “It was a nightmare.” Sherry searched for a dog trainer who did not use a shock or prong collar. “I didn’t know how damaging those collars were at the time, but I knew I wanted to prevent behavior, not correct it.” An inexperienced, but helpful, trainer pointed Sherry in the direction of the ClickerExpo conference. The rest is history. “I attended ClickerExpo, heard Emma Parsons, and, after reading her books and some books by Karen Pryor and others, BAM, my problem was solved,” reports Sherry.

Noting the lack of qualified dog trainers, Sherry left her corporate HR career to train dogs. She inquired about the KPA DTP program while she was at ClickerExpo and “everyone I asked said great things.” Sherry enrolled in the program under the direction of Nan Arthur and graduated as a KPA Certified Training Partner (CTP) in August 2011. After working at a training facility for 2½ years, she started her own training business in 2013.

Sherry remembers the KPA DTP program as “intense and thorough” and she particularly enjoyed all of the foundational information that was provided. She says, “I was instructed to video-record myself training my dog—and I still have all the video clips.”

In her own business, All About Training Dogs, Sherry often draws on her KPA training. To start, Sherry credits KPA for her professional approach. “I have a process that I follow with each new client, meeting them and discerning their struggles with their pets.” Sherry believes that KPA sets her apart from other trainers, too. “Dog training is very competitive in my area. My KPA CTP designation has helped me stand out over the rest. I’ve had several clients who were searching exclusively for a KPA dog trainer!”

My KPA CTP designation has helped me stand out over the rest. I’ve had several clients who were searching exclusively for a KPA dog trainer!

Whenever she encounters a training problem, particularly with reactive dogs, KPA skills help Sherry assess and progress. “I use the clicker with every client, with puppies, and in manners and behavior cases. Using the clicker to help clients with reactive dogs is paramount!” Referencing Karen Pryor’s books and blog posts, Sherry is confident about the science behind the click. “Karen talks about how the clicker (or a marker) reaches the amygdala before the central nervous system. This knowledge is a huge help in dog training, since most reactivity (barking, lunging, biting, snapping, and growling) is fear-based. The ability to solve an emotional problem (fear) using a tool that reaches the emotional part of the brain (limbic system) gives clicker trainers an advantage.”

Sherry points out that the clicker also helps dog owners see faster results, and it provides success sooner for the dogs. “It’s a win-win all around.” Sherry explains to her clients that using the clicker may be an extra step for them, “but it increases learning by 61% (according to Lindsay Wood’s research study), saving time in the long run.”

Outside of her training work, Sherry has found her KPA experience to be an asset as well. “I use more positive reinforcement when I am coaching my clients, especially when they do something ‘wrong.’ Usually, I haven’t explained something correctly, or I gave too many instructions, or I’ve communicated poorly and need to describe what I want in a different way. In those circumstance I say something like, ‘l love that you’re doing X, and now I want to tweak that a little bit and do Y.’” Since clients are trying to do the right thing, Sherry’s job is to recognize their efforts and give “clients, and the community, a proper education.” She refers to this effort as “sending them in the right direction.” Sherry acknowledges the value of the KPA community in her life. “Being part of the KPA group builds a common bond with other KPA dog trainers.”

Sherry’s interest in Jane Killion’s Puppy Culture film and program led her to train a litter of seven (7!) rescue puppies! She describes that time as “a lot of work, but it was a blast! I had 10 dogs in my 1000-square-feet condo.” By the age of nine weeks, Sherry’s puppies were potty training, knew 101 things to do with a box, ventured outside on a leash and in a stroller (there were seven of them after all!), and enjoyed Kongs, crate time, and several socialization exercises.

An online reactive dog class, called Barkaholics, is Sherry’s latest venture. Modeled on the class she has offered locally for five years, Barkaholics is a new and less expensive (compared to 1:1 training) option for pet owners who face the common problem of reactive animals. “Bringing the class to more people has been a dream for years,” says Sherry. “I want every dog owner to know the differences between training methods, have access to affordable clicker training programs, and enjoy a selection of R+ trainers to choose from, locally and online!”