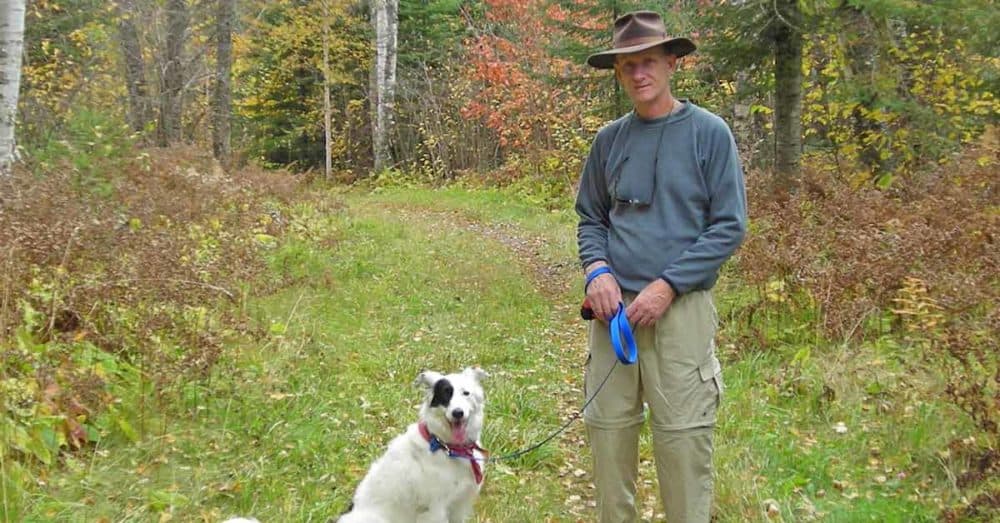 Greg Thompson, KPA CTP, owner of Eagle Creek K9 Behavior and Training, LLC, is immersed in his second career—professional dog training— and loving it! Although his interest in dogs was longstanding, and his preference for positive reinforcement training well-established, it was a favorable buyout offer for his office-furniture business that freed him to pursue dog training “in retirement.” Greg says, “I was excited for the opportunity to help others meet their canine training goals in the positive reinforcement environment, whether on a volunteer or professional level.”

Greg’s awareness of force-free training began when his family adopted their first rescue dog, a young border collie that was reactive to other dogs and demonstrated fear-based aggression. When two different training programs fell short of the family’s expectations and there was no improvement in the dog’s behavior, Greg went looking for a better way to give his dog “the life she deserved.” A rescue contact led him to Control Unleashed and Leslie McDevitt, and his introduction to positive reinforcement, force-free training methods. When his dog’s reactivity issues improved, Greg “became a believer” and spent the next few years learning more about positive training.

To continue to train his own dogs positively (as well as rescue dogs he fostered through a Border collie rescue organization), and to advance his own training skills, Greg looked for a training school. Although at that time he had no goals relating to training on a professional level, a contact on the Control Unleashed Yahoo! Group suggested Karen Pryor Academy (KPA). “It was also the only certification that I was aware of that stands for positive reinforcement methods. I really liked that if I graduated, I would stand in a group of like-minded professionals.” Leslie McDevitt told Greg that if she were starting out, KPA would be included in her career path. Along came the option of selling his business, and Greg’s decision to enroll in was finalized. He looked forward to learning more about what we had found to be effective: methods based in science and utilized by others with advanced training.

Many “useful and illuminating highlights” came from Greg’s participation in the KPA Dog Trainer Professional program. One of the most valuable training concepts Greg learned was “how to filter out all of the ‘noise’ that can occur in training.” Greg discovered how much more effective training can be when the owner/trainer sends a clear and consistent message, and breaks down desired behavior into small pieces the learner can understand. In this positive training environment, using the clicker as a common language is an irreplaceable tool. Greg found that his course canine partner, Tehya, gained confidence and resilience as she learned this way.

Tehya’s increased ability to cope with the weekend workshops measured from the start of the KPA program to our final assessment workshop was dramatic.

Another benefit Greg points to from his KPA experience is exposure to and involvement with the culture of trainers who have chosen the KPA path. “This is by far the most supportive and selfless group of people that I ever have had the opportunity to know.” Tehya brought reactive challenges to the KPA workshops she attended with Greg. Instructor Laura Monaco Torelli, and Greg and Tehya’s entire class, supported them fully. “Even though Tehya was disruptive and challenging, every member of my class understood,” says Greg. He has found the same support post-program, connecting with other KPA trainers via KPA group list and other means. “I really had little intention of accepting clients on a professional level after my KPA certification until I discovered the level of support from the KPA community. The KPA Dog Trainer Professional program is demanding, but the skills and support gained are well worth the effort invested.”

Now that he does work with clients in addition to his work with his dogs at home, Greg relies on what he learned about targeting to help teach solid foundation skills. “I view targeting as not only a behavior that is useful to teach many other behaviors, but also as the perfect way to teach clients and dogs how to communicate in a common language,” says Greg. The introduction to the clicker during basic targeting behavior training is often special to Greg. He loves the moment when, for the first time, “the dog understands what was asked of him and has the opportunity to be an active and equal partner in the session.” Greg can share many examples where his KPA training has led to training success. Using the clicker, Greg was able to help an inattentive dog get used to a harness. “The dog stayed connected throughout our group click sessions, and he eagerly responded to what he was asked to do.” The first foster dog in his house that Greg was able to train using a clicker   established a very strong response to the recall behavior. “His favorite toy was a Jolly Ball, and he would play with it in the backyard until he was exhausted. Yet, I could cue a recall at any time during with an immediate, energetic response. Now that’s a recall!” Greg states.

Tehya and Greg have worked together in agility, again using positive reinforcement techniques for success. The original fear-based aggressive dog, Tehya, now 10 years old, has been one of Greg’s “life’s greatest challenges, but also the most rewarding one.” She was storm-phobic, sound-sensitive, and over-stimulated by movement when she arrived at his home. Greg says, “Our training goals included basic obedience skills and agility skills to fill her needs as a working breed.” They found a positive reinforcement agility training environment where Greg could focus on Tehya’s behavior issues while they relied on the instructor for agility skills. Tehya has always set the pace when it comes to the amount of and seriousness of agility work. “I have always been open to continuing the agility path when she offered signals that she was ready for more.” Tehya still struggles in the agility trail environment, and Greg makes special preparations and accommodations, including selecting venues that allow more space in the start gate, crating only in the car or RV, and attempting to have two people present to bring her in and out of the trial environment to minimize the chance of an over-threshold event.

We use her targeting and mat skills to keep her connected and calm in the trial environment; they have been instrumental in our trial success.

Tehya has earned her CGC certificate and her Master’s Standard and Master’s Jumpers titles in AKC. Greg is very proud of her! He says that t they will continue working toward a MACH Title as long as Tehya has the desire. The accompanying photo is of Tehya, taken a few minutes after her last run at a recent event. Greg explains, “Her body language was saying ‘I’m good here, Dad.’ She was completely relaxed in an environment that a few years ago would have been quite challenging.”

As he works with Tehya, foster dogs, and client dogs, Greg extends the KPA philosophy into other areas of his life. He says, “It became clear to me very early in the program that KPA is as much of a lifestyle as it is a way to build training. Calling himself, his “most difficult client,” Greg prioritizes self-improvement. “The same shaping and TAGteach skills I learned in KPA have helped me meet my personal goals in a more positive manner. “

With ClickerExpo on his wish list, Greg expands his knowledge at every opportunity. Referring back to the strong and supportive KPA community, Greg says that through their quest for new information and willingness to introduce him to outstanding resources, including KPA webinars, he is constantly learning. MOOCs (Massive Online Open Course)s have also become part of Greg’s toolkit. He has completed a psychology course from University of Toronto and a neurology fundamentals course from Harvard, and plans to take more courses in the area of behavior. “I plan to be enrolled in at least one course all the time.” Greg would like to earn IAABC certification, and knows that clicker training and its underlying “do no harm” principles will be of great help with that goal.

Greg is not the only continual learner. At home, Tehya remembers all of her KPA lessons. When Greg and Tehya were participating in the workshops, Tehya began learning most of the desired behaviors in the same place, and later generalized the behavior in other locations. She would wait patiently in that first spot for a training session to begin. As he learned from each KPA workshop, Greg started target training with the household’s younger Border collie. He found out quickly that he needed to train stationing as a behavior to know which dog should be where. He says, “All it takes in our household is one click and the dog not in that training session quickly appears to get in on the fun!”