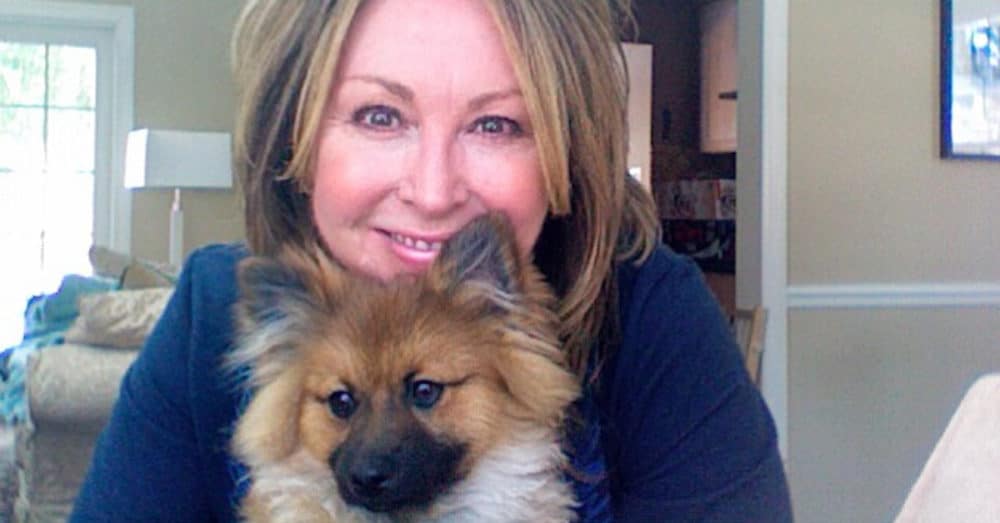 September 2018 KPA CTP of the Month

A career change in 2008 saw Beth Mullen, KPA CTP, CBCC, CPDT, incorporate her interest in animals of all species into a new profession—animal training. Beth is currently the owner of and head trainer at Dog Latin Dog Training & Behavior Consulting where her background in communication and education adds to her training skill set.

Beth’s first position in her new field was working for a veterinary behaviorist. At that practice she learned a great deal about canine and feline behavior, and about various psychotropic drugs. While she worked with the veterinary behaviorist, Beth was also volunteering with a nonprofit organization that worked to keep dogs in homes and out of shelters. She assisted with the training classes that were offered there. “The combination of working with clients whose dogs were exhibiting behavioral concerns and volunteering with classes motivated me to find professional training for myself,” says Beth.

The Karen Pryor Academy (KPA) Dog Trainer Professional (DTP) program fit Beth’s needs, and was recommended to her by several veterinarians and trainers. She completed the program in 2010, in Columbia, Maryland, with Laurie Luck. Beth describes Laurie as an “out-of-this-world instructor,” reporting that the DTP classes were “engaging and challenging, yet fun.”

Beth found the DTP program to be both illuminating and challenging. She had some struggles with her canine partners, one anxious and the other somewhat of a stage “diva.” Beth was forced to switch dogs between hands-on workshops and work very patiently with her new dog, but she and second partner Lola prevailed. Beth rediscovered that “although dog breeds have aptitudes, all dogs are individuals!” At the start of the hands-on workshops, Beth admits to being “somewhat intimidated by my classmates’ working dog breeds” but went on to admire the abilities of a wide range of dog breeds (and their trainers).

Since completing the KPA DTP program, Beth has utilized the many skills and knowledge gained from the course. To start, “I’ve learned not to assume anything about any client or dog,” says Beth. “Karen Pryor Academy brought that lesson home.” Her experience as a certified trainer has reinforced for Beth that “interpretations of behavior and actual behavior can be quite different.” Beth notes that her “assumptions of how clients would behave have been totally incorrect” as well.

Communication is another area where Beth feels she has progressed with the help of KPA. “Laurie modeled such effective communication when she explained concepts. Her use of analogies was outstanding, and she inspired me to do the same with clients.” Beth has had many instances where using analogies with her clients has solidified their understanding. Another aid with clients has been TAGteach concepts. “Telling people what to do without the use of negatives has been a lifesaver,” reports Beth. “TAGteach really honed my teaching methods and my clients feel good about their skills.”

Before her move to professional animal training, Beth attended clicker training classes with her own dogs. “I wasn’t particularly a fan!” However, Beth found that the KPA DTP program really “delved into the science of operant conditioning and why positive reinforcement works. Lightbulbs went off in my head so many times during the course. I realized how poorly I was taught, and I was motivated to do better.”

Lightbulbs went off in my head so many times during the course.

Beth met once with a client for a private lesson; the client had used another training company previously. “One of her first questions was, ‘Do I really need to use the clicker? I never saw the point of it.’ With a short demonstration and a few clearly worded sentences—containing analogies—she understood,” reports Beth. Beth emphasizes that similar scenarios occur frequently in her work, and that she also helps clients who only want to use verbal markers.

Clicker training has helped Beth work with clients who often struggle with the emotions around their dogs’ behavior. “Even marking tiny behaviors like a glance toward a trigger, or a head movement closer to a trigger, has been eye-opening for many dog parents,” Beth shares. Clients with fearful dogs learn the art of slicing behaviors to build confidence. Beth is pleased that even “clients who weren’t on board with using a clicker at first come to realize how effective it can be in building predictable behavior and making positive associations.”

Beth works extensively with shelters, rescues, and the animals they help. Her own five animals were rescued from a shelter, and four of the five have fear and anxiety issues, not uncommon with dogs in these circumstances. While she trains dogs from various sources, including breeders, some of the dogs Beth works with are referred from vet behaviorists. She says, “My personal experience with fearful pets helps me deal with the emotions that many clients are feeling.”

Currently, Beth consults with the Animal Welfare League of Alexandria (AWLA). She reports that “sheltering is extremely challenging given limited resources and the number of animals that come into the system, especially in large metropolitan areas.” Since many dogs demonstrate worrisome behaviors, shelter staffs are responsible for the necessary behavior modification training. “Add in the pressure of ‘live-release rates’ that shelters often create, and behavior staff members are under extreme stress,” reports Beth of her experience. Beth makes weekly visits to the Animal Welfare League of Alexandria to “develop behavior-modification plans that can be implemented by staff, behavior volunteers and other volunteers.”

Most of the problem behaviors Beth sees at the shelter are fear-based, She finds that “making a good association with people, beginning with staff members, is the first necessity.” Crediting AWLA as “dedicated to behavior plans and giving the animal time to respond,” Beth reports many success stories. “Top, a one-year old Great Dane came into the shelter wearing a muzzle and shock collar. Now, he’s thriving in his new home. Before he went to his forever home, we were able to do all of his vaccinations and microchipping force-free.”

Positive training has made its way to Beth’s personal life as well. “My husband often thinks I’m training him. In truth, I am!” Beth acknowledges that positive reinforcement “really helped keep relationships with my daughters on track, especially during some trying teenage years.” While it was not at first her instinct, “with practice I got much better. I would listen to Karen Pryor’s Don’t Shoot the Dog book on CD in my car (lengthy periods in the Washington, DC, area). I would replay the section when Karen talks about a phone conversation with her mother who was living in a nursing home at the time. Karen would wait for her mom to say anything positive and then start asking questions! Negative comments didn’t really receive any feedback. Brilliant!”

Beth works with two other KPA Certified Training Partners. “Dog Latin could not exist without Juliana Willems and Cynthia Robertson!” Beth emphasizes Juliana’s instincts with high-arousal dogs and her communication with new adopters, co-workers, and others. “I knew she had to be a part of Dog Latin. I suggested the KPA DTP, and we worked out a way for Dog Latin to help with tuition. Joining me in behavior/training consultations, she has been Dog Latin’s crown jewel ever since!” Cynthia was a friend from Beth’s days in education. After completing the DTP program, she also joined Dog Latin. “Cynthia heads up our puppy classes, held at a local vet’s office. Since she took over the puppy classes, we’ve added more classes and enrollment has doubled. Clients love her!” says Beth.

Beth shares that naming her business, Dog Latin Dog Training & Behavior Consulting, was a big decision. “Dog Latin refers to using Latin incorrectly, often taking words and conjugating them as if they were Latin. Thus, Dog Latin’s tag line is ‘Learnsum. Rewardus. Repeatis.’” For Beth, the message is about communication. “If I could teach people how to communicate the behaviors they desire from their dogs, they would be speaking a mutual language.”

Since completing the KPA DTP program, Beth has earned her Certified Professional Dog Trainer title and passed the exam to be a Certified Behavior Consultant—Canine (CBCC) through The Certification Council for Professional Dog Trainers (CCPDT). In addition to attending ClickerExpo and other conferences, Beth spent a week with Sue Sternberg on a Vermont mountain studying sled dogs, several days learning about procedures at the ASPCA’s Behavioral Rehabilitation Center, and two days performing 135 behavioral summaries and plans for an Animal Rescue Corps puppy mill raid. Whew! Next, “I am looking forward to my week taking the Deep Dive at The Ranch in May 2019.”

Beth would love to become certified in TAGteach. “I dream of creating a seminar that can be offered during a company’s professional day—perhaps called ‘What You Can Learn from Dog Training Can Make Your Business Better!’ I will always be thinking about my next educational adventure.”